House B. in Karlsruhe

The house was designed for a married couple who are both architects and have four children and their own office. The urban plan specified – as in comparable situations – a layout typical for this district, with the building standing in the middle of the site. After protracted negotiations we managed to achieve an alternative solution: the structure now runs along the road on the western side. The positioning on the site is consistent with the rigorously closed-off western façade, while the elongated building opens up to the garden along its whole length.

You enter the house on the middle level, which contains the living area proper, with an open kitchen and dining area. This area is connected to a raised terrace by a bridge. A single staircase along the western side leads to the garden level, which is connected with the entrance level via a void at the building’s southern end.

To make extensive space available for the family to share, the individual bedrooms are lined up one behind the other like compartments in a railway train. All the furniture, including the cupboards, dining table and sofa, are built in.

The attic level, which is divided off from the lower floors by ribbon windows, houses the office, which is accessible by a separate, external flight of steps.
The walls and the ceilings have been left as exposed concrete formed with rough-cut lumber. The exterior cladding consists of black clinker bricks, and the roof is covered in titanium zinc. 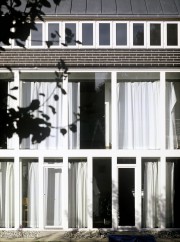 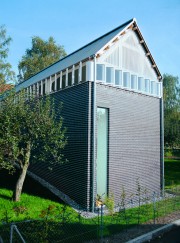 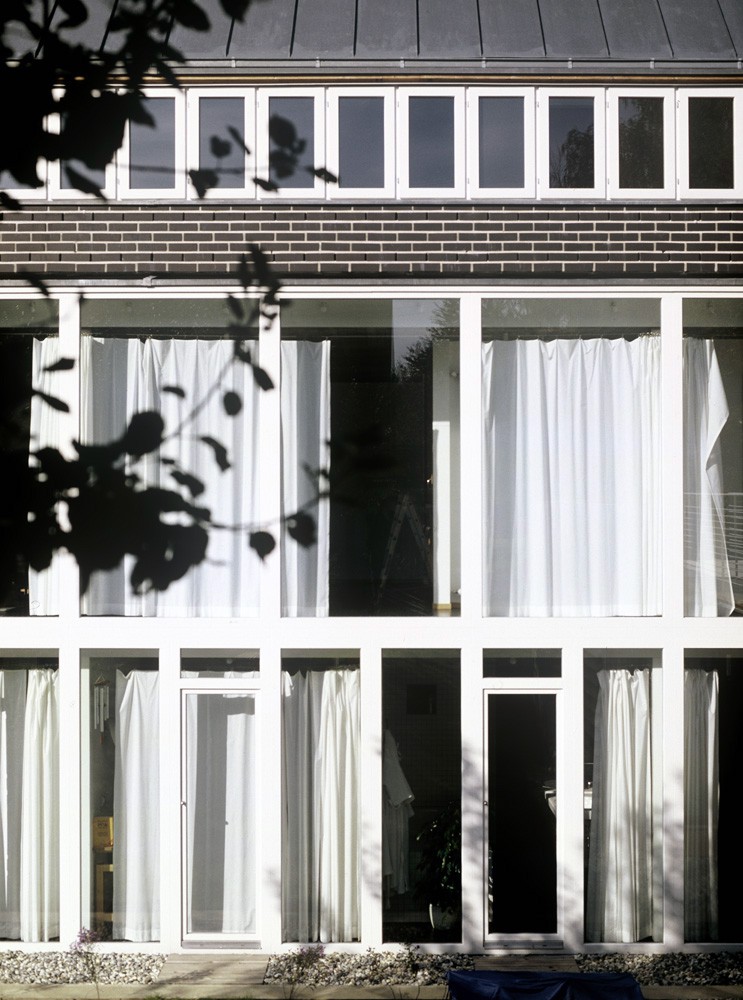 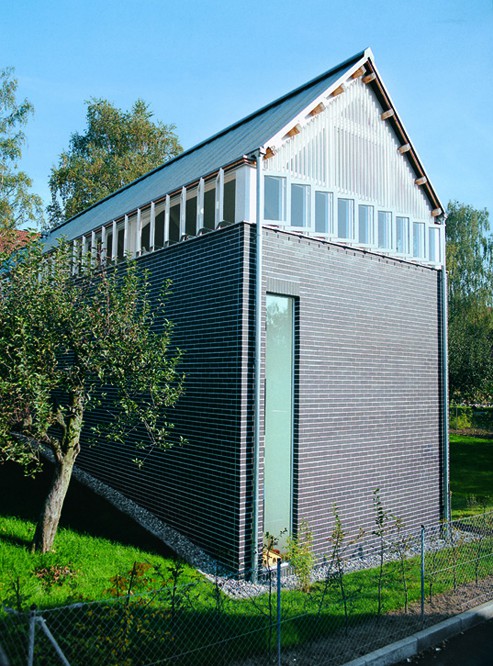 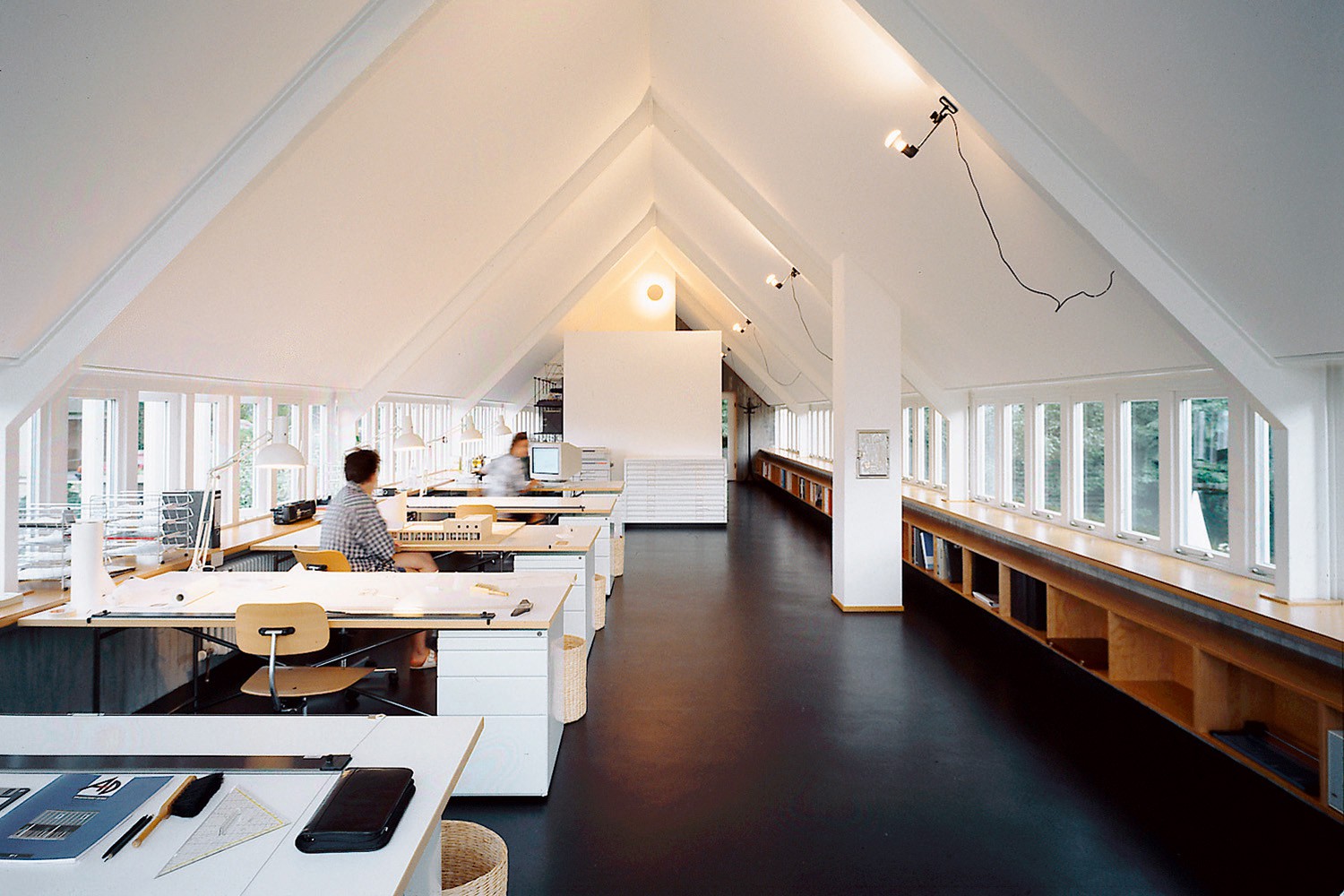 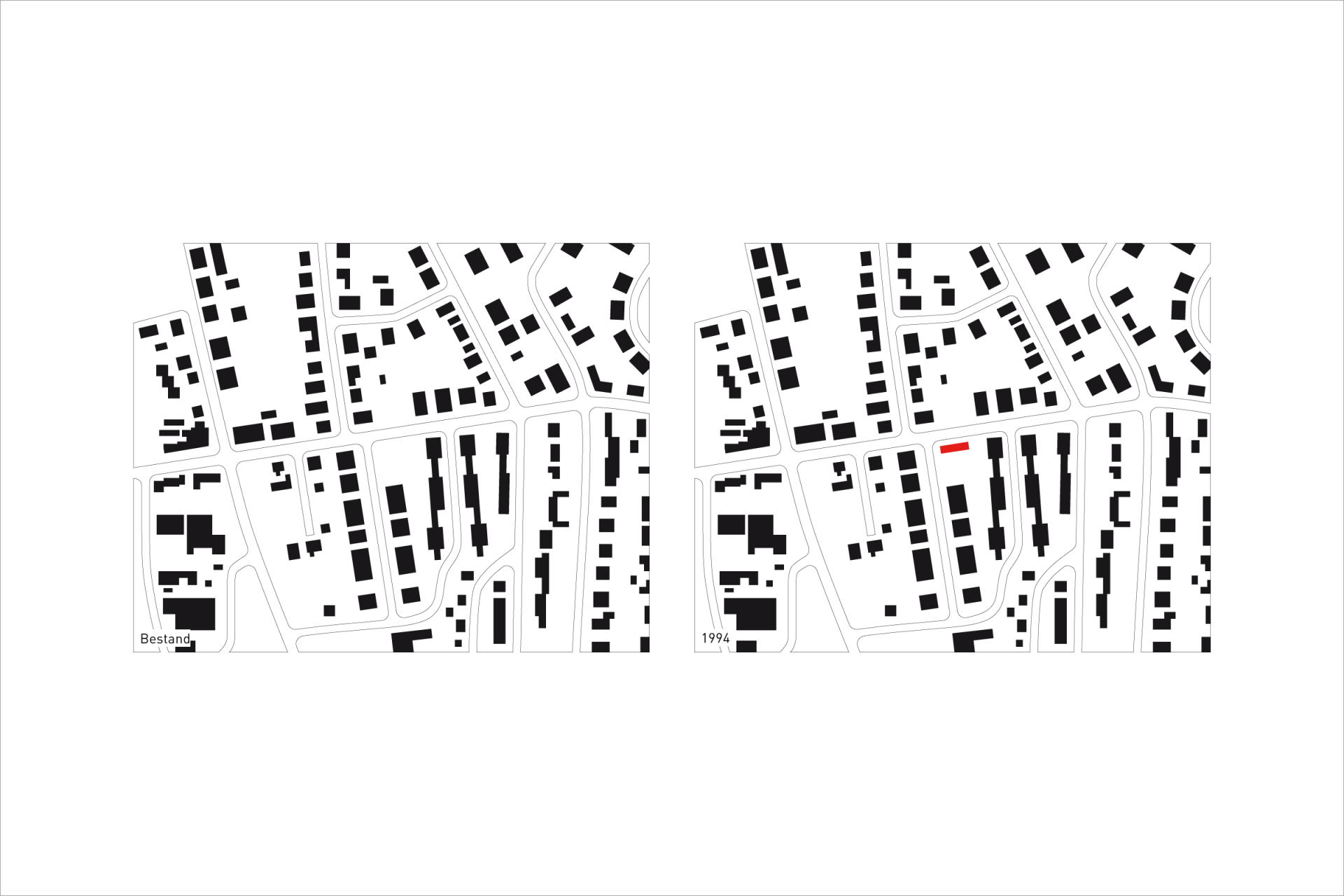 Informationclose
← Back to Projects